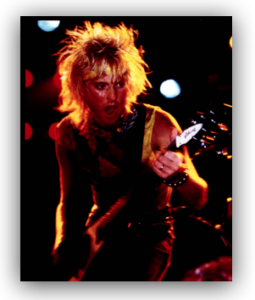 I grew up in the Pacific NW on Mercer Island, a suburb of Seattle. I started playing guitar at the age of 8 after years of begging my parents for a guitar. I later went on to form a very successful Seattle band “Krakatoa” with my high school friend Brian West. We constantly played clubs, high school dances and other gigs for three years. After “Krakatoa” Brian and I joined up with another very busy Seattle club band “Silverload” along with guitarist Steve Lynch (Autograph).

In the early 80’s I took Steve Lynch’s advice, and moved to Los Angeles to attend what was then called GIT, now Musician’s Institute. After graduating from GIT, I played in various bands until I landed a gig with the “Brooklyn Brats” along with Dane Rage (London). The Brats had a huge following and released a picture disc EP, we had an amazing show, complete with snow machines and Playboy Playmates on stage. We played gigs with Ratt, Poison and other top bands on the strip but never broke into the illusive major label status. During this period, I was also featured in Guitar Player Magazine’s spotlight column alongside Jennifer Batten as an up and coming guitarist. 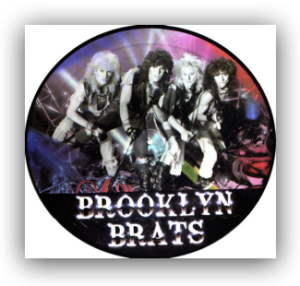 The “Brooklyn Brats” ultimately broke up and I began teaching at GIT. Shortly thereafter, Universal Studios was looking for a guitar coach for the star of the film “Back to the Future”, I got the gig and initially taught Eric Stoltz for the role. Then Michael J. Fox was brought in to replace Eric and I continued coaching Michael.

I gained a reputation as a teacher and became a guitar coach for Hollywood celebrities for a number of years. During this period I recorded my first solo album for MGI Records, entitled “The Visitor”. The album was recorded in Germany, and I toured Europe in support of that album.Through my relationship with Tim Bogert (Vanilla Fudge) at GIT, I was asked to join Vanilla Fudge as their guitarist on the reunion tour in 1985. The tour took us all over the US. A live album entitled “The Best Of Vanilla Fudge Live” was recorded at the Hollywood Palace. 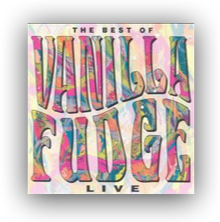 At the conclusion of the tour, Andy Taylor (Duran, Duran) was looking for a guitarist for his solo project and saw me playing with Vanilla Fudge. I joined up with Andy and toured the world on Andy’s “Thunder World Tour.”

Wanting to spend more time with my family, I left the touring scene and went back to teaching at GIT. Over the years I authored several instructional videos and books. One book that became a huge success is Shred Guitar (Alfred Publishing).  In 1990 I was offered a position by Les Wise at his new school in Vienna, Austria, the American Institute of Music (AIM), and I moved my family to Austria. In Europe I recorded my second album featuring metal versions of big band, swing music called Paul Hanson Orchestra.

Moving back to LA, I took up at GIT again and also became a clinician for Ampeg, Crate and Westone. A third solo album was recorded during this time entitled “Rain Dancer” featuring laid back acoustic music inspired by the desert surroundings of Canyon Country, CA and the Cascade mountains of Washington state. In 1999 l was offered a position with Roland and Boss as a clinician and product specialist. In 2000 my wife’s career took us back to Seattle where she worked for the Jimi Hendrix estate. 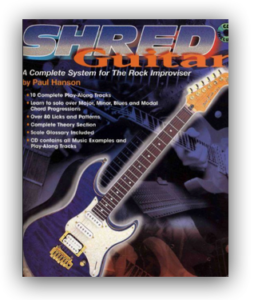 Coming home to the Seattle area was cathartic and l rekindled my love of skiing, ultimately moving to a small mountain town near Mt. Rainier just to be able to ski regularly. I continue to create music for film and TV, I do live performances and create a talk radio style Podcast for Boss called Boss Tone Radio. Guests have included Andy Summers, Paul Gilbert, Steve Lukather, Rick Derringer and many other top players. I just finished my 4th solo album “Mindscanner” which is centered around my shredding metal roots.

Still, as an interviewer from Rolling Stone magazine once wrote about me in the 80’s; “Paul treats his guitar like an American Express card, he never leaves home without it.”

I was a contributing writer for Guitar World Magazine for three years starting in 2012, and I have run my

teaching website ShredGuitarOnline.com for the last ten years. I continue to host Boss Tone Radio and create web content for Boss and Roland.